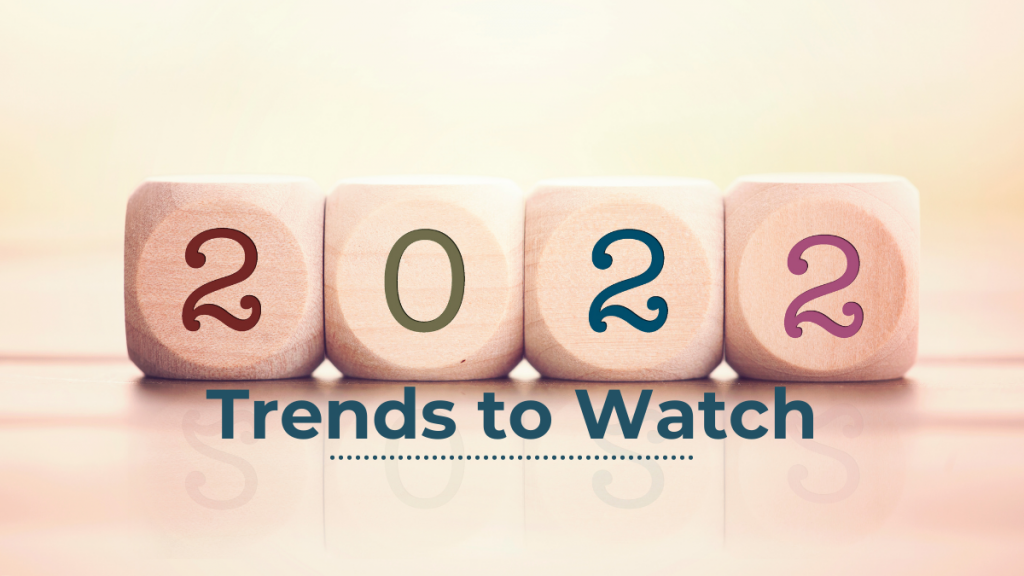 The purpose of this blog post is to identify five trends that will be shaping 2022.  These trends are things that could have a significant impact on the Nebraska Tech Collaborative, its members, and on the achievement of the organization’s four goals:

These are not surprising trends, but we think each will have a significant impact on how we think about the year.  That being said, we think there is an even more fundamental issue that transcends a single year.  This issue is central to Nebraska’s success and competitiveness, not just in 2022, but for the coming decades.  But first, here are our 2022 issues:

2021 saw a return of significant widespread inflation.  This inflation was caused by a variety of issues, but the simple reason is that the U.S. (and many other) federal government printed money as one means of dealing with the COVID-19 pandemic in 2020.  With more cash in the economy, certain items (such as lumber) became more expensive.  However, from a technology perspective the greater inflationary pressure may be caused by Chinese energy restrictions in 2021.  These energy restrictions (which are likely to remain in effect during 2022), caused many technology components – such as chips, screens, batteries, and transistors – to increase in price while also becoming scarcer for any price.  (The global economy has a lot of worries right now – Los Angeles Times (latimes.com).  This will affect all sorts of behaviors for both consumers, tech-enabled companies, and technology companies in 2022.

One big issue that presented itself in 2021 was the dearth of housing in many locations in the United States – including Nebraska.  Simply put, Nebraska, both rural and urban, does not have enough good housing options for its workers.  This prevents growth in many areas because of a lack of housing stock for expansions.  It also has caused many workers to find housing outside of their preferred proximity to their employment.  This may lead to more remote work (outside of Nebraska) or an increase of attention, dollars, and efforts to improving housing in the state.  Already, new projects are starting in Columbus, Norfolk, and the large metro areas.  However, much of this housing is either multi-unit or mid-level to high end housing.  There remains a significant gap for single family homes, particularly in Lincoln and rural micropolitan areas in the state.

If you had explained to this writer on January 4, 2021 that COVID-19 would be having a resurgence because of a widespread, highly transmissible variant on January 4, 2022, I don’t know if I would have been surprised.  But, I am surprised by the amount of time and energy that is spent discussing, debating, and disagreeing about action plans.  This has become a land war in Asia issue for many.  For this reason, it is likely to have significant effects on 2022.  It is likely to remain politicized.  It is likely to create friction and factions in the state and country.  And it (both the illness and the politicization) is not going away – so no matter what you think, it will be a big, shaping issue in 2022

2020 and 2021 saw back-to-back large investment years (more than 100 deals, with more than $600 million invested – total) in the Nebraska entrepreneurial ecosystem.  This has helped create (Pet Friendly, Breeze, Peeq, and Grain Weevil) and shape exciting companies – such as Opendorse, Monolith, and Virtual Incision.  Moreover, since 2019, some longer held companies have exited creating angel and venture cash in the market.  Add government stimulus, expanded DED participation, and other key inputs, and it is likely that the entrepreneurial ecosystem will be a topic discussed frequently in 2022 – shaping much of the year’s technology discussion and news. It will particularly shape talent-related conversations on the positive (dynamic place to recruit to) and negative (more competitors for key talent).  But, it will also provide a fascinating set of challenges for the region, particularly around technical support, the role of the university, increasingly formalized venture capital instruments, and how people/companies are treated when they fail.

Nebraska’s rural broadband network is going to get a charge with significant government investment.  Moreover, with companies, such as Paige Wireless and Allo, private partners are also building significant technology infrastructure in the state.  This infrastructure expansion does not include some of the primary beneficiaries of the expansion – such as local companies that rely on strong internet service to provide e-commerce toys, meat, gizmos, and other online based businesses.  Add Google, Facebook, Verizon, and multiple insurance data centers to this mix, and Nebraska stands to benefit dramatically from the national infrastructure bill (particularly the expansion to broadband and strengthening of the electricity grid).  Moreover, beyond federal money, the state plans to use state monies and ARPA dollars to further expand broadband in Nebraska.  This is a smart strategic shift because of the general trend to shift more development to the cloud – which will be easier with stronger, more resilient infrastructure.  This year will also be seismic regarding the role of these infrastructure players in shaping Nebraska’s public policy and technology workforce.  When everyday Nebraskans talk about technology, they usually reference hardware and data centers – not software and sensors.  This suggests that this influx of cash into key players in the state is likely to create buzz and conversation about the role of technology in Nebraska.

Overarching all of these issues, and possibly the biggest issue facing Nebraska in 2022 is talent and workforce.  Simply put, with an unemployment rate at less than 2%, Nebraska does not have enough people to do the work.  As of December 1, 2021, there were more than 50,000 open jobs in the state (for about 5000 unemployed).  This affects every job – not just technology.  However, technology jobs are some of the highest paying and more desirable here, and yet, many go unfilled or advertised in other locations or for remote work.  There are many reasons associated with this trend, but it is not new, and it is not going away.  This is why the Nebraska Tech Collaborative exists.  Yes, its role is broader – but fundamentally when you have one issue that is dominant, despite many that will shape this dominant issue, it is silly to work to solve other tangential issues.  Instead, workforce and technology talent matters to Nebraska more than possibly any issue at this point in time, and yet, it remains a topic for conversation – not action.  Hopefully, when we look back at 2022, we will look at the action taken to dramatically increase and improve the resident technology talent in this state.