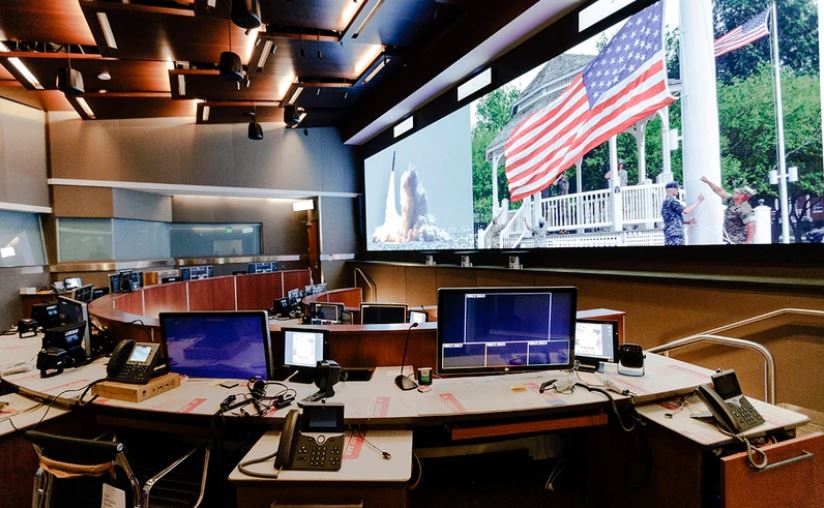 The most important technical company in Nebraska is the Department of Defense at Offutt AFB.  DoD at Offutt AFB provides a number of decisive, important services – particularly with regards to the command and control infrastructure associated with the country’s nuclear arsenal.[1]  The base employs thousands – and it continues to be one of the primary ways that people from around this country move to and perceive Nebraska[2].  But, beyond its role as a critical element of the U.S. military, Offutt AFB is the keystone for many of the region’s most technical businesses.

Since the U.S. Strategic Air Command was located at Offutt AFB in 1948 under the renowned General Curtis LeMay[3], Nebraska has been the home of the country’s strategic deterrence and response capabilities.  Originally, the command was based in Build A and then in Building 500.  In the last year, it has been relocated to the C2F.

Because the Strategic Air Command and USSTRATCOM were located here, Omaha was, has been, and continues to be on the cutting edge of the telecommunications infrastructure – leading to significant telecommunications capacity and other key technological innovations.  According to Michael Porter in his seminal work “Clusters and the New Economics of Competition” published in the November 1998 Harvard Business Review[4]:

The telemarketing cluster in Omaha, Nebraska owes much to the decision by the United States Air Force to locate the Strategic Air Command (SAC) there.  Charged with a key role in the country’s nuclear deterrence strategy, SAC was the site of the first installation of fiber-optic telecommunications cables in the United States.  The local Bell operating company (now U.S. West) developed unusual capabilities through its dealings with such a demanding customer.  The extraordinary telecommunications capability and infrastructure that consequently developed in Omaha, coupled with less unique attributes such as its central-time-zone location and easily understandable local accent, provided the underpinnings of the area’s telemarketing cluster.

This article was written before the true advent of the internet – and did not fully predict the continued expansion of this cluster to include online trading (TD Ameritrade), e-commerce (Hayneedle and Omaha Steaks), and other peripheral industries.  Moreover, companies have evolved from the “teleservices cluster” to provide much broader technical capabilities – including West Corporation, now called Intrado – which is now a multi-faceted tele-related company that does far more than call centers – including Intercall, TeleVox, and SchoolMessenger.  These technologies are at the heart of many corporate and education services that are critical for remote meetings and education.

However, the construction and evolution at Offutt AFB is not complete.  In November 2019, USSTRATCOM’s new headquarters building has come online.  At the time of the opening, David Norquist, Deputy Secretary of Defense stated: “This facility, which we are dedicating today as the General Curtis E. LeMay Command and Control Facility, was one of the most complex construction projects in our government’s history.  It will support the modernization of our strategic assets, the nuclear triad, and the nuclear command, control, and communications archicture.  As the new home of 3000 personnel, it is a living, breaching weapon system designed to change and grow as threats and capabilities evolve.”  This new building is referred to as the C2F – which stands for “Command and Control Facility”.

The building was constructed by Omaha based Kiewit Construction in a joint venture with Hensel Phelps – at a cost of $1.3 Billion.  Kiewit has played a critical role in the long-term development of Offutt and many other military installations including the construction of the Glenn L. Martin Bomber Plant.  This was the facility that produced both the Enola Gay and Bockscar (the B-29s that dropped the atomic weapons on Japan in 1945)[5].  Moreover, according to the Kiewit website, “If not for the Great Depression, Kiewit might still be a local building contractor.  However, because economic events forced it into new lines of work and regions by World War II, the company was ready when the time came to construct the U.S. interstate high way system…The company built more lane miles of the interstate highway system than any other contractor.”[6]  Without the construction projects tied to Offutt and then to other locations around the country, one of Omaha’s most important companies might have been “a local building contractor”.  Imagine how different the region would be without the second largest construction company in the world. 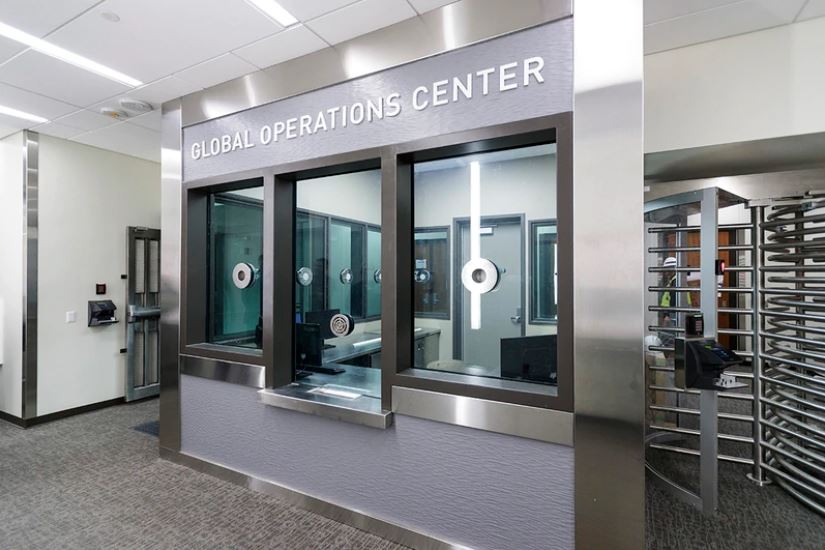 The new building (C2F) includes more than 900,000 square feet of office space and control systems – including more than 600 MILES of IT cable[7].  According to Maj. General Rick Evans, “the diversity of the networks and the complexity of the communications systems for this facility required a highly skilled team of installers that could be flexible and work within the schedule.”  And in so doing, the project was able to also precede a significant Phase II project with the U.S. Air Force Engineering and Installation community and U.S. Navy Space and Naval Warfare Systems Command (SPAWAR).  According to reports this may have saved the Department of Defense as much as $250 million through construction efficiencies.[8]

This new construction project and the legacy of industrial improvement tied to Offutt AFB and USSTRATCOM are critical components of the history of Bellevue, Omaha, and all of Nebraska.  Without the critical decisions following World War II to relocate the Strategic Air Command to Offutt AFB, the region would be a radically different place.  It is hard to reverse engineer how different the region would be without this critical facility and the peripheral benefits that it has created.