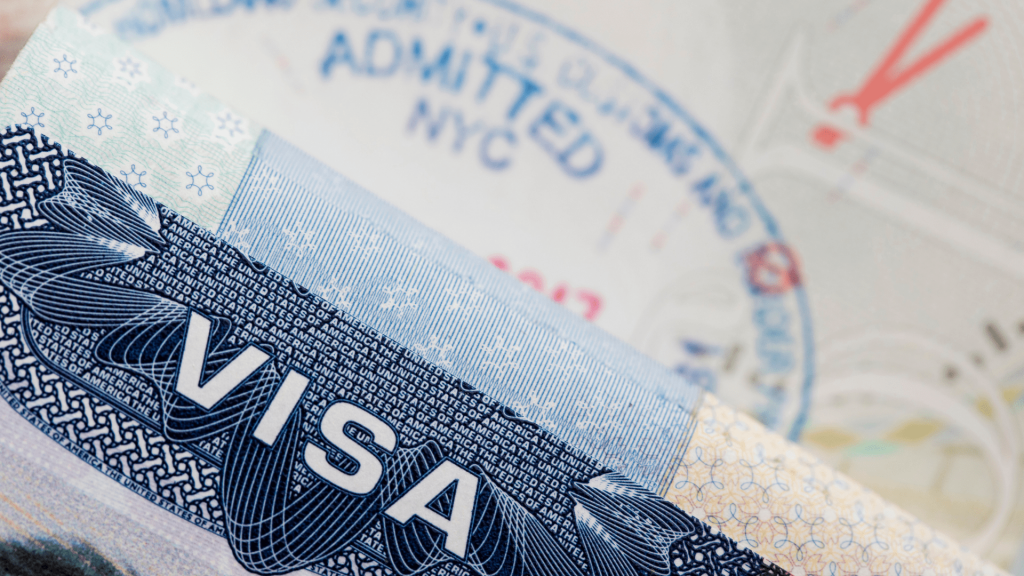 Is the H-1B Program a Secret Weapon for Nebraska

Nebraska needs people.  Finding new ways to add population is essential to the long-term viability and growth of the technology industry in the state.  One program that has helped some companies in the region add personnel is the H-1B visa program.

The H-1B visa program is a U.S. government program that allows U.S. employers to employ foreign nationals with a specialized skill or specialized knowledge.  Many of these workers are in technical fields – particularly engineering and software development.  Once approved, the visa holder is granted temporary status for three years in the United States with the ability to apply for a rollover of an additional three years.  Thus, the program often allows a foreign technologist to live in the United States for six years.

The program has been consistently expanded over the years to its current size.  This expansion was driven both by company need and the relative success of the program.  Every year applications far outstrip total approved applications.  For example, for Fiscal Year 2021, the United States Center for Immigration Services approved approximately 130,000 applications from over 308,000 registrants.  According to Fragomen, the total applications for FY 2023 are over 483,000.

The applicants are selected from a the larger pool in a lottery format – meaning that some companies have been rumored to “over-apply” for employees seeking to work in the United States knowing that they will be reduced in number because of the over-supply of applications.

In 2018, the Pew Research Center provided analysis of the high-skilled H1B Visa program by geography (see their map below).  They concluded that certain Texas and coastal metropolitan areas had a disproportionate number of H-1B visa holders for the period 2010-2016. 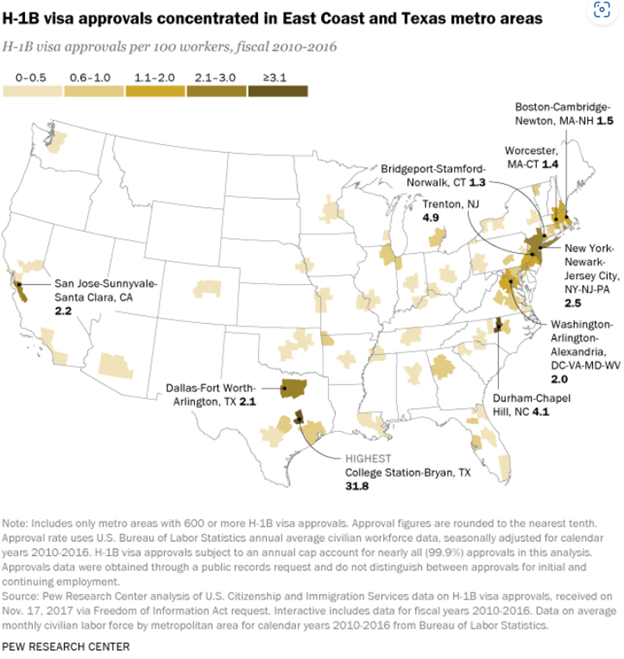 The evaluation in the Pew research does limit the ability of the region to identify whether or not Nebraska is utilizing the program in Greater Nebraska.  However, it is clear from this and other similar data that Nebraska does not fully participate in the program – in the way that some other places do.  In a place that is short on people and long on jobs, the H-1B program is a key potential area of growth.  Our companies, particularly the larger ones, should be utilizing this program to the fullest extent possible.

Long term, the H-1B program also will provide some potential diversity to some Nebraska programs.  With many immigrants coming from South Asia and South America, the H-1B pipeline is also a mechanism to inculcate Nebraska with technologists from other parts of the world and with different lived experiences.  The NTC has identified this as a key goal, and so the H-1B program has the additional benefit of providing a pathway to many non-white technologists.

In short, immigration has long been a key means for Nebraska to grow (see the Landscape Analysis of 2019 and 2021).  Finding ways to work within ready-made programs, such as the H-1B program, seems like an opportunity for us to encourage – building our pipeline beyond just college graduates or boomerangs.