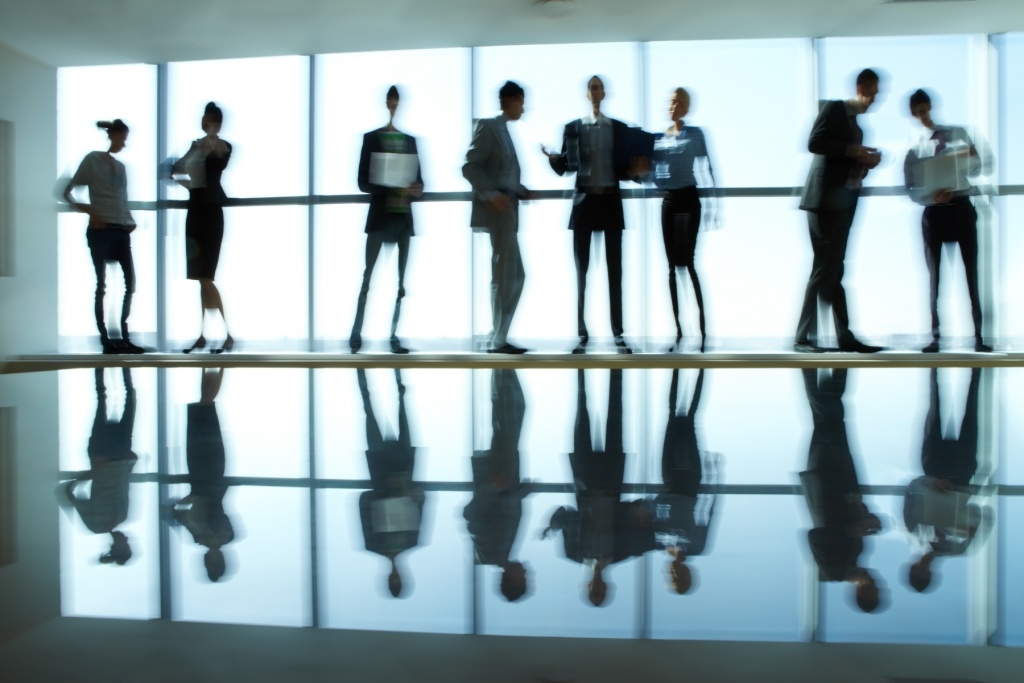 In early May, NTC profiled data from EMSI (www.economicmodeling.com/job-postings-dashboard/ – data in graphs below) that suggested that Nebraska had more than 90,000 job openings. 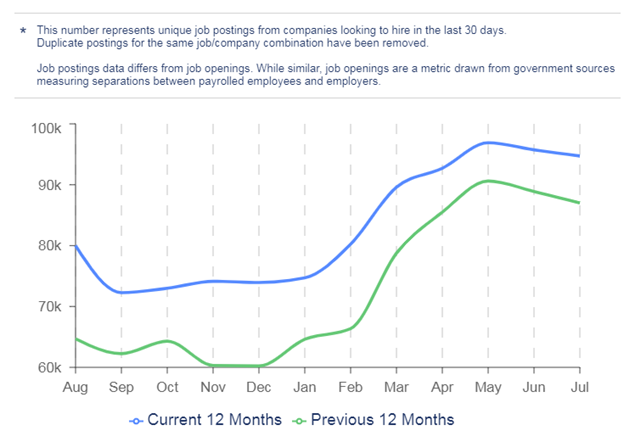 Importantly, the number of software engineering jobs climbed from 2128 to 2565.  This number was 56% higher than August 2021.  These jobs are not necessarily at technology organizations.  There are few open jobs at software publishers compared to more traditional businesses.  These businesses likely represent employers where the company is technology enabled rather than a technology company.  This distinction does often have an impact on the firm’s ability to recruit technologists. 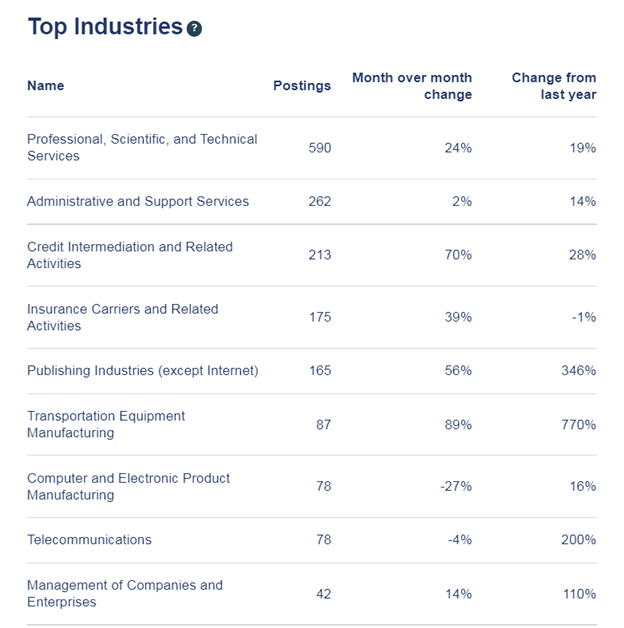 Nebraska’s current unemployment rate is 1.9% according to the Bureau of Labor Statistics (June 2022 numbers).  In the entire state this means that there are approximately 20,000 unemployed.  So, there are five jobs for every one unemployed person.  And, there are eight unemployed people for every open software engineering job.

This suggests three things at the same time:

If this problem was simple, it would have been solved.  However, many of the solutions suggest that the problem is simple.  This is not productive, nor does it set the state up for success.  Instead, employers and public officials should be looking for long-term, sustainable solutions.

In fact, Nebraska should build programs that are expensive, hard to replicate, and create a moat.  A successful problem is almost certainly going to be painful – costly and require the state and employers to pick up some of the bill.  However, that type of program also makes it difficult for other states or regions to match.  Nebraska is in much better economic position – both public and private – than most U.S. states.  Thus, the state and its employers should be putting significant (tens of millions) to retraining and upskilling.

This is not the solution.  This is the commitment.  Nebraska wants to solve the problem – without a clear plan.  But, plans require commitments first.  Is the state and its employers willing to get their hands dirty to build programs that upskill, reskill and ultimately attract people to be upskilled and reskilled.  If so, then money will be needed to pay for teachers.  Money will be needed to pay for time where the students are not working outside of the home.  Money will be needed for health insurance, daycare, and other carried expenses while the person becomes trained.

Many are not capable of technical training today.  Some will never be capable – due to poor K-12 education, a lack of interest, and many other reasons.  Many who are capable do not have the time and energy to make the leap from where they are.  Shrinking the gap – so the leap is not so great – may allow the community to find many workers who can do the work.  Nebraska needs to be committed to shrinking the gap.  Nebraska needs to be so committed that people from around the country see the commitment and move here to be lifted up.

There may be other paths – but not many, and none of the paths are without pain and payment by the state, companies, and likely both.