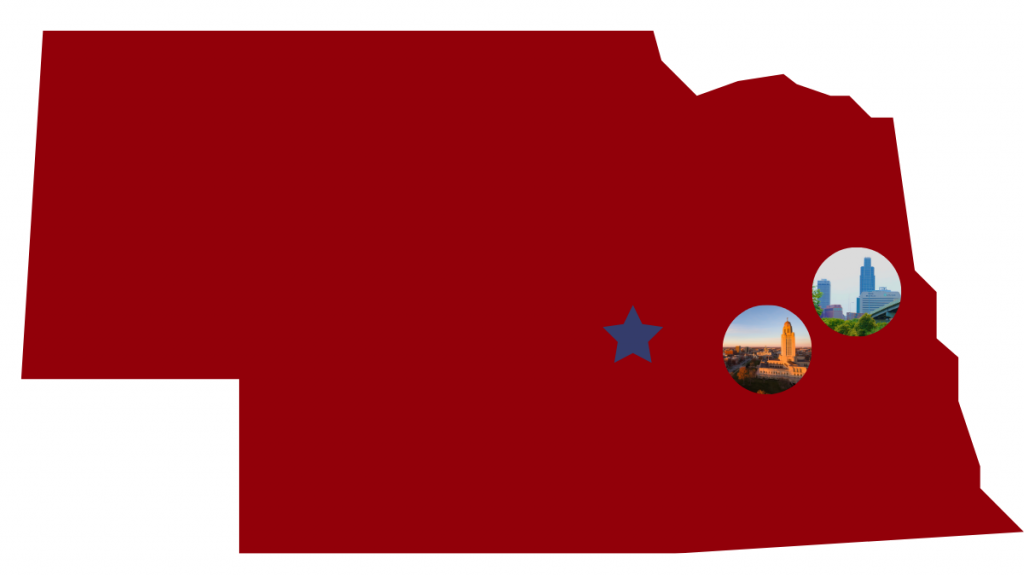 Moving to the Middle

In a recent analysis that Chapman and Company did for Mug.news, the firm analyzed Midwestern locations for technologists to consider relocating.  Many individuals are seeking to leave high rent locations around the country to find a better standard of living and at a more reasonable price.  As such, some have been looking for a new home in the Midwest.

The firm’s goal was not to put Nebraska communities first or even in the list, at all.  The ethics of writing a ranked list makes it impossible for me to prejudice lists toward clients or act as a homer.  But, this post is an effort to explain why Omaha and Lincoln, but not Grand Island, are on the list of communities that made it on the list.

I have been working with the Nebraska Tech Collaborative for approximately one year.  NTC is a workforce development initiative of the Aksarben Foundation.  And, identifying ways to get more tech workers to Nebraska is a critical part of its economic development and workforce strategy.  Specifically, NTC is seeking to add 10,000 technology workers to Nebraska over the next five years.  Virtually every community with which we work (from around the country) are seeking to grow their technology workforce.

Our data suggests that Nebraska, particularly Omaha and Lincoln, have a compelling case.  Here’s why.

Both communities have a strong existing base of companies in the NAICS 51 INFORMATION space.  This is not true of most of the Midwest.  More than seventy communities failed the initial screen associated with density in this industrial code, including Grand Island.  So, what is NAICS 51?  According to the Bureau of Labor Statistics website: “The Information sector comprises establishments engaged in the following processes: (a) producing and distributing information and cultural products, (b) providing the means to transmit or distribute these products as well as data or communications, and (c) processing data.”

This is an important definition because it does not reference businesses that are enabled by technology, but instead ones where the technology and information is the underlying industry.  Thus, companies, such as Buildertrend or Hudl, would qualify as they sell software.  Whereas, companies such as TD Ameritrade or Nelnet would not because they primarily offer a different type of service that is facilitated by technology.

The second means of screening communities to qualify for our list was to identify the density of the community’s existing information technology workforce.  We did this by examining the occupational employment survey that was published in March 2020, regarding data discovered in May 2019.  Again, Omaha and Lincoln perform well.  Each community has significantly more density associated with its workforce than was necessary to qualify.  We used the national average (an LQ of 1.0) as a baseline.  Lincoln’s LQ in May 2019 was 1.08 and Omaha’s was 1.37.

This screen left only thirteen Midwestern communities from sixteen states on the list.  This may seem like it is not prestigious if there are still so many cities, but large “cool” cities, such as Chicago and Columbus (Ohio), failed to qualify using those two criteria.  Moreover, a whole string of competitor cities also failed the qualifications – including many Big 10 college towns.  As such, qualifying is a significant revelation about the level of information technology in the state’s two largest communities.

Once qualified, we used a proprietary algorithm that combined wage level, wage growth, job growth, and broadband speed to rank the communities.  This is where the two communities started to diverge.  Lincoln had very strong job growth (2nd overall), but lagged in salary growth, average wage, and broadband speed.  Omaha, on the other hand, lagged in job growth, but performed well in the other three categories.  These elements are consistent indicators that have lingered throughout the last couple of years, and as leaders examine ways to recruit and improve the technology ecosystem, wage level and job growth continue to be key elements where Lincoln and Omaha underperform.

In short, while Omaha and Lincoln are regional leaders, the challenges in both cities remains relatively static.  Increasing wages will make Lincoln more competitive as a home for new technology workers who may be seeking to relocate to the region.  And for Omaha, it looks like finding new ways to accelerate job creation, possibly through new startups or NAICS 51 company expansion remain the recipe.

Why Not Grand Island?

Using Grand Island as emblematic of many of the issues facing Greater Nebraska, this community and by inference the rest of the state performs below the Midwest average for technology companies and jobs.  Specifically, Grand Island scored only a .4 LQ regarding NAICS 51 jobs with fewer than thirty-five establishments qualifying as companies within this category.  Moreover, the location quotient for 15-0000, Computer and Mathematical Occupations, is only .29.  This is not terrible – on our list it ranks in the middle of Midwestern communities.

But, it suggests a significant need for improvement.  Three things may help to improve Greater Nebraska’s competitiveness regarding technology job relocation.  First, the state needs to improve its startup ecosystem – creating more companies in NAICS 51.  This enterprise creation effort has good, existing public policy tied to the Business Innovation Act, but it needs help finding and empowering entrepreneurs, statewide.  Second, the state needs to improve its physical infrastructure.  Some parts of the state, although not Grand Island which comes in at a reasonable 61.8 Mbps, have woefully slow internet.  Third, the state may need to consider ways to make personal pitches more persuasive, such as what has been done with Tulsa Remote in Tulsa, Oklahoma.  This may include personal incentives to technology workers, but it might also require better training that help existing workers translate or evolve current skills into the necessary skills for emerging jobs – such as shifts to more cloud skills from exclusively enterprise ones.

To conclude, Nebraska is lucky to have two leading technology communities to buoy the state – in Omaha and Lincoln.  But the entire state would benefit from improving its entrepreneurial ecosystem, infrastructure (broadband), and personal incentives to help grow the technology personnel in the Greater Nebraska region.  Improving these elements would improve the state immeasurably, not just the community’s rankings on some silly list.