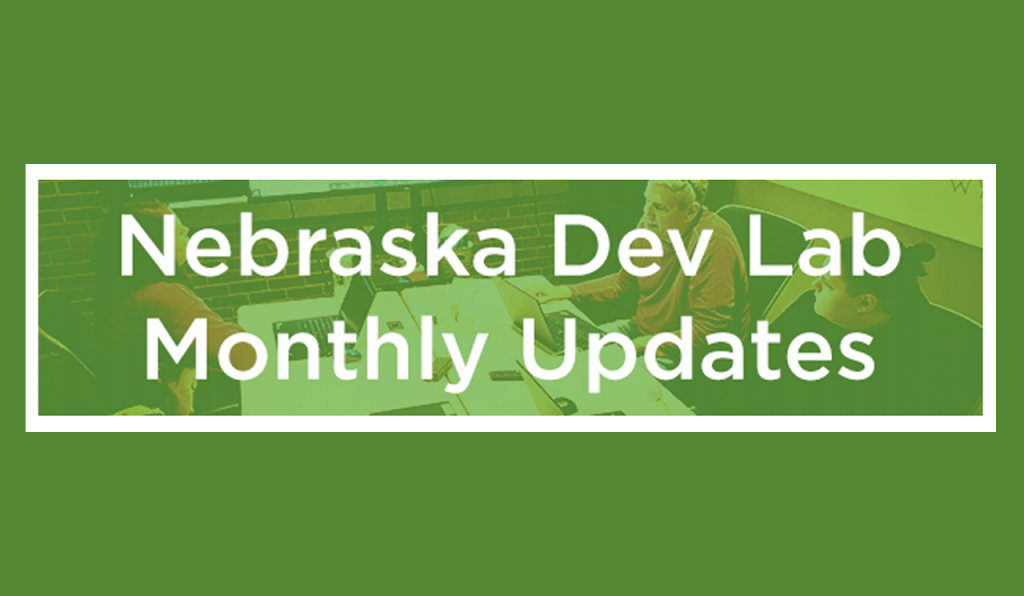 All participants in the pilot cohort of the Nebraska Dev Lab Pipeline Program demonstrated the competency required to complete the first of four twelve-week stages on April 10. Six participants from five sponsor organizations comprise the cohort.

During the first stage, participants developed and practiced foundational programming skills required of full-stack developers. The final competency exercise involved each participant individually designing and developing an application to administer the Pipeline Program. The application was built using a Model-View-Controller structure requiring an event-driven graphical user interface on the front end and persistent file processing on the back end.

The second stage started on April 20. During the second stage, participants are developing and practicing foundational software engineering skills required of full-stack web application developers. In the mornings, participants receive direct instruction from college professors and
senior-level software architects and engineers. The afternoons provide studio time where participants complete items on their professional development plans providing each a customized map to acquire the knowledge and skills needed at their sponsor organization.

In addition to direct instruction and studio time, weekly interaction with their mentor from their sponsor organization is continuing, as are professional seminars and workshops. Topics include best practices, source/version control, unit testing, designing for continuous
integration/continuous delivery, cloud-based framework design and development, and multiplatform design and development.

All instruction continues remotely and will do so until Doane resumes face-to-face courses and Don’t Panic Labs employees return to their office. The transition to delivering the program remotely has been incredibly smooth. 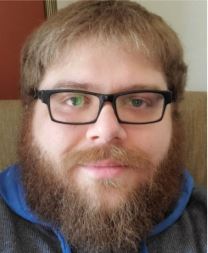 This month, we are highlighting ALLO employee Austin Bauer.

Why did you sign up for the Pipeline Program?
Software development has been an on and off interest of mine for
quite some time. I had often considered going to further my
education in it, but financially it was never an option. When my
manager at Allo sent me an email recommending I apply to the
Nebraska Dev Lab program, I was absolutely overjoyed at the
opportunity and jumped on it as soon as I could.

What was your level of familiarity with software development prior to starting the program?
I started learning Python back in 2011. Just very basic stuff with online tutorials. I didn’t further that education much until I got into Tech Support at ALLO Communications in February of 2018. I identified a few aspects of the job that could be automated through software and set out to do
just that. I mainly self-educated in addition to a couple classes purchased on Udemy. My language background was in Python, SQL, and VBA.

What have you enjoyed about the program so far?
I think I most enjoy the hands-on approach to learning. Everyday we’re at a computer writing code or mocking up a design on a blackboard. As a “learn by doing” kind of person it’s a perfect environment for me to become familiar with the subject material. Additionally, the free form
afternoons allow us more freedom to pursue specific interests relevant to ourselves and our sponsor organizations. It’s like no time is put to waste on subjects that maybe aren’t as relevant to the end goal. That end goal being, becoming fully competent software developers ready to hit the ground running as soon as we get back to our sponsor organizations.

What about the program has challenged or surprised you the most so far?
Quite a bit has surprised and challenged me in this program. One thing which came as quite a surprise was just how much learning a new programing language, we’ve been working in Java, would reinforce what I’ve already learned in Python. I know I had been told things to that extent
before but it still came as a surprise. You know, computer logic is computer logic, only syntax changes. One challenge that I’ve faced is maintaining self-motivation in my professional development plan. I’ve found that in order to ensure I continually progress it’s important to set small attainable goals and define specific timelines in which to I expect to have those goals completed. So far, this method has worked out pretty well.

Looking ahead to after you’ve completed the program, what most excites you about being able to use the skills and knowledge you’ve gained through the program?
I would say there’s probably two things that excite me most about what I can do after completing the NeDL program.
• I have an idea for an app I would like to make. I like to run D&D campaigns and have always found it difficult to keep track of all my disparate files, web links, and images when running my games. I have ideas on what I would like to make for a unified D&D game world manager and have built a professional development plan that converges with those ideas and the tools/languages used by my sponsor organization.
• I’m excited about the opportunity to be productive for ALLO in a way that I feel will be a fulfilling career path and one that is more central to my core interests.

Can you list a few things you would recommend to someone applying to a future Dev Lab cohort?
Have a professional development plan in mind. Go over that plan with your mentor and Dev Lab instructor. Being able to generate a plan of action and follow through on it has been extremely helpful for me and an efficient approach to my education.