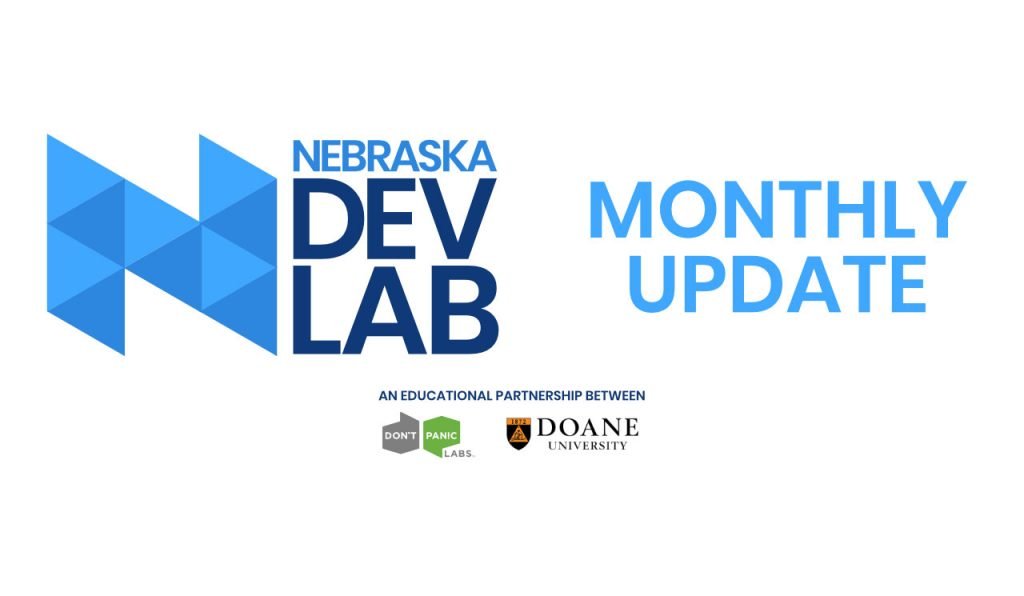 On January 20, 2020, six participants sponsored by five organizations joined together as the first cohort and began their journey to become software developers. Their journey was broken into four 12-week stages. The participants are currently in the fourth and final stage where they are completing an apprenticeship at their sponsor organization, building on what they learned in the first three stages while being productive members of a development team.

The first cohort is a pilot cohort. Graciously funded in large part by the sponsors and a worker training grant from the Nebraska Department of Labor, the goals of the first cohort were to (1) successfully produce six software developers and (2) learn and modify the program to be even more effective for future cohorts.

We are confident that we are well on our way to achieving the first goal. However, the final proof will be in the feedback we get from the sponsor organizations following the participants’ apprenticeships.

We are also confident that we are achieving the second goal. We have learned a lot throughout the first three stages. In some cases, what we learned resulted in changes to the Pipeline Program on the fly, implementing those changes during the pilot cohort. In other cases, we will be incorporating new changes into future cohorts.

Highlighted below are some of the changes being made based on what we learned in the first stage and reasons for the changes.

While there will be other tweaks to the first stage of the program, we were very pleased with the progress of all the participants. In large part, this was due to the high quality of participants sent to us by the sponsor organizations.

Nebraska Dev Lab is now accepting applications from both sponsor organizations and prospective participants for our next cohort, currently set to begin January 2021.

Prospective participants should complete this form if they would like to be considered for this next cohort.

Nebraska Dev Lab in the News

News outlets are getting the word out about Nebraska Dev Lab and its mission.

Silicon Prairie News, 10/11 News, and NET Nebraska have recently covered how Nebraska Dev Lab is helping organizations address the tech talent shortage. Check out their stories and see the impact the program is making in Nebraska.