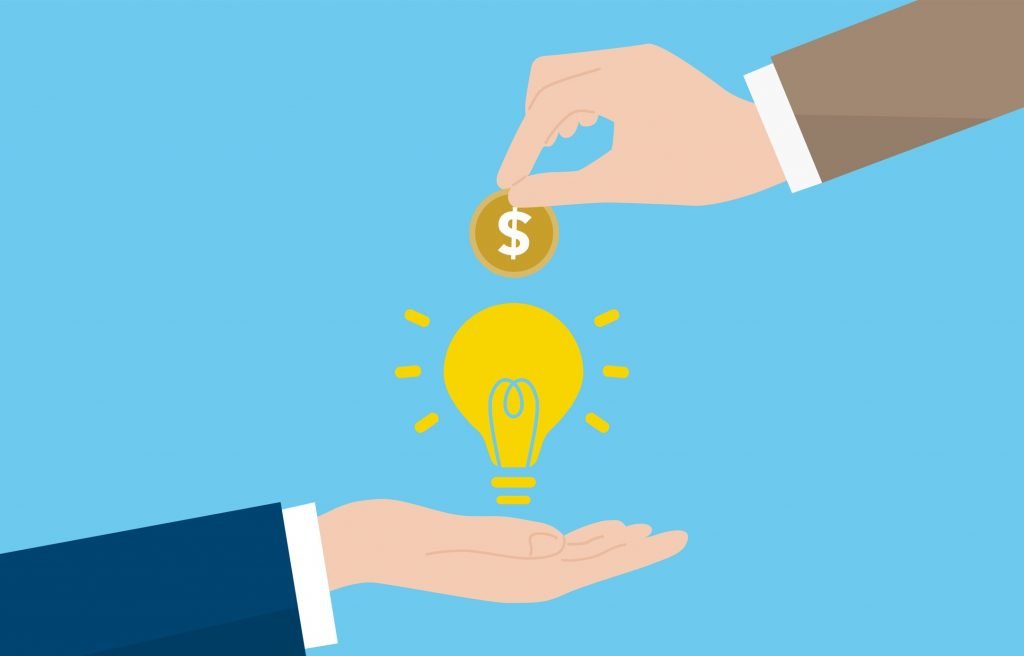 The Nebraska Tech Collaborative, a workforce development initiative of the Aksarben Foundation, is seeking to improve the overall technology landscape in Nebraska.  One key goal is to increase the number of high growth technology startups in the space, and thus, the organization is working to add 300 new startups to Nebraska by 2025.  One good signal of technology company creation activity is equity capital activity – in the form of angel or venture capital.

Nebraska’s Venture Capital position is low relative to the number of companies that it produces that go on to succeed as long-term viable companies or ultimately as productive exits joining other firms.    Considering the significant success of the last half decade, with companies created such as OpsCompass, CompanyCam, and Retail Aware, the amount of venture activity is low. Over the last four years, the state has produced on average 48 venture-backed deals per year.  These deals do not include the average of 30 companies that come through the state’s prototype program, and there is a significant amount of duplication between the prototype program and those that receive risk capital.

The challenge is that the state, corporate leadership, and NTC desire to produce double the number of companies receiving venture deals than it currently does – more than 100 per year in 2023-25.  To do this, the state must aggressively pursue the addition of dollars in the prototype program, more money to Invest Nebraska, and incentives to build venture related funds.

With a goal of between 90-120 deals per year, Nebraska can expect to see significantly more need for dollars in pre-seed, seed, and early-stage areas.  The players in this area are primarily angels (often as stand-alone or as part of the Nebraska Angels), Invest Nebraska, and the state’s prototype and commercialization funds (operated by Invest Nebraska).  By providing these funds, Nebraska may be able to replicate the nearly 7 to 1 investment on its prototype grants – meaning that as of June 2020 Nebraska has seen $6.8 dollars invested in startup companies that have received prototype grants.  This is an outstanding return on public policy – particularly as the state is starting to see these companies become major jobs and investment generators in the state.

Currently, Invest Nebraska is the most frequent investor in pre-seed, seed, and early-stage investments in the State.  By making these slight policy adjustments, the prototype and commercialization funds can respond to the current and expected demand.  This program also would provide a strong basis for recruitment of individuals seeking to start companies from other states and from within larger Nebraska based companies.

This latter idea would be improved with a policy that provides a pool of dollars at the state level to help new startup founders – meet their COBRA obligations during the eighteen-month window following their departure from their former employer.  We would suggest a pool of $1mm be set aside in 2022-25 to allow prototype funded new startup founders the ability to request a grant topay for insurance from their past employers.  We believe that this would provide the necessary fall-back to encourage would-be entrepreneurs to take the leap.  Assuming that the family obligation is roughly $1000/mo. on average – the $1mm pool would allow 83 founders from larger companies to have a safety net to start something.  This may be particularly attractive to non-Nebraskans as it is not replicated in any other state.  So, it might also be a means to recruit early-stage founders from the area, particularly using the NTC suggested New Pioneer Act as a further incentive.

The pre-seed to early-stage investment market in Nebraska needs more funds, however.  Simply adding money to Invest Nebraska is only part of the battle.  Instead, the region could use up to $140 million in new venture fund dollars.  These are small funds that will build the base for the later stage funders in 2027 and beyond.  While High Net Worth Individuals (HNWI) have been the basis for many of these venture investments today (including in Dundee VC), building a network that includes family offices, HNWIs, corporations, foundations, and institutional investors should be a fundamental priority for the state.  As such, reinstating an angel tax credit that focused on bringing more angels to the table, rather than simply providing an incentive for the few that understand the program – should be a priority.  We would suggest a cap on any individual angel for a single year and over a five-year period – creating an incentive for accountants to understand the program, rather than only regular angels.

By analyzing the five-year projection (as the useful fund life), the goal should be to create approximately six funds with varying geographies and sizes.  These funds may end up being larger than the “average” fund size in the analysis because they may make investments outside of Nebraska.  However, tentatively laying out the timeline for fund creation – three pre-seed to early-stage funds in 2021 and 2022, three more in 2023 and 2024, and an “A” fund in 2023 or 2024 and an “A” fund in 2025.  These funds will likely be first funds in most cases as Nebraska is without the density of fund managers to expect new funds to be created with experienced teams.  This is not a trivial problem, as venture investing is both difficult and unusual.  Finance majors in college do not learn how to make venture investments.  Thus, both the University of Nebraska – Omaha (Maverick Venture Fund – operating since 2017) and the University of Nebraska – Lincoln (Husker Venture Fund – to be created in fall 2021) have created or are about to create venture investment “classes” where students invest dollars in early-stage companies.

Our recommendation would be to provide incentives to corporate and institutional investors to be the backbone of these funds – particularly the “A” funds.  The collective needed capital is more than $950 million over the five-year window from 2022-2026 in our analysis.  While this amount will likely be reduced by syndication with groups outside of the state.  And the goal should NOT be to internalize all capital sources – which leads to incestual and bad deals.  The reality is that any number over $200 million will be driven by corporate and institutional investors – including the Nebraska Public Employee Retirement System (NPERS), foundations (such as the University of Nebraska Foundation), insurance investment dollars (such as Mutual of Omaha’s alternative investment portfolio), and corporate investments (such as Nelnet’s significant investments to-date).

To encourage these entities, states have used a variety of tools – such as a premium tax credit, a general tax credit, and savings on state tax payments (such as employee withholding).  The challenge is that these incentives could quickly leave the State in a significant revenue hole.  Thus, the tax incentives must be structured to maximize up-front dollars into new and untested funds – more than in recruiting tried and tested funds (which may be an alternative).  Thus, we would recommend three different tools.  For corporations, a $1 tax savings for $5 of investment – with a minimum investment of $1 million.  This block of credits would have a cap on use of $10 million per year for eight years.  So, a corporation could not, for example, invest $250 million and use a $50 million credit in a single year.  Instead, they would need to carry these credits forward for later use.  This would stagger the use – and it would likely stagger the investments over time and into multiple funds.  We would suggest that the program have a total cap per year on achieving credits of approximately $25 million – with a window of using credits pushed out by two years (assuming that some additional tax revenue will be created through the program).

Second, institutional investors do not generally receive significant tax bills, and thus, credits are of little incentive.  Instead, institutional investors are worried about the downside risk of $0 in returned capital from new funds.  Nebraska should underwrite (either through self-funding or an insurance policy purchased from a carrier) a minimum return of 70% of invested capital.  This policy could provide a long-term protection for NPERs and other institutional investors in the state that may encourage other investors to choose Nebraska funds eventually.  The goal would be to stabilize downside risk from funds for the largest investors – as the state is likely to bear this burden anyway for public employees.  However, by incenting investing locally, these large institutions (NPERS has more than $27B under management) may actually invest locally – where they have not traditionally.  The goal should not be to redirect an enormous amount of money from the corpus of NPERS and similar organizations, but to encourage the funds to take some chances on local fund managers – who are rarely responsible for alternative investment funds rather than be solely reliant on coastal investment advisors that direct money to their preferred fund managers in their hometowns or large financial hubs.

Third, non-profit foundations have traditionally been great sources of community inspired projects, but they have not been investors in for-profit businesses.  Part of this is because of various security regulations that make it difficult for large foundations to invest in for-profit, non-public entities.  Part of this is a lack of understanding and risk tolerance of the foundations, their leadership, or their Boards.  These are reasonable reasons to avoid early-stage funds.  However, emerging tools, such as donor advised funds and recently issued securities regulations, make investment more palatable for some foundations.  Making sure that Nebraska foundations are well-educated, properly guided, and encouraged to make these investments through similar structures to the institutional guarantee above are important.  However, smarter tax lawyers are necessary to structure a similar type of foundation “guarantee” that ensures that an entire foundation will not be obliterated by an under-performing local, “first” fund.  Much of this comes down to ensuring that investments make up a small portion of a total portfolio and are insured appropriately, potentially with the state carrying some of the burden of the premiums.

Early-stage investing is hard.  Making money takes time (often upwards of fifteen years), but Nebraska has created an early-stage pipeline of deals.  Unfortunately, our companies spend significant time fund raising.  Moreover, current discussions in the corporate and non-profit community suggest a desire for significantly more startup activity.  Our current venture funds and state structures area already behind on funding.  For example, the prototype fund ran out of money in November (only five months of necessary capital) in 2020.  Our commercialization fund is in a similar state.  As these pipelines open with more capital in the next couple of years, additional follow-on capital and funds with slightly different targets are necessary.  For the most part, Nebraska is devoid of these funds.  Thus, Nebraska needs to lay the foundation for a future venture funding environment. To do this, policy changes are necessary, but so are changes in the way that local institutions and corporations invest their dollars.   At its current rate, Nebraska is already in need of approximately two new pre-seed, seed, and early-stage venture funds with approximately $40-50 million in capital to allocate.  With the growth that many would like to see, Nebraska will need significantly more.  While it would be preferred if the market simply provided, the reality is that many Nebraskans may need a little push to participate.