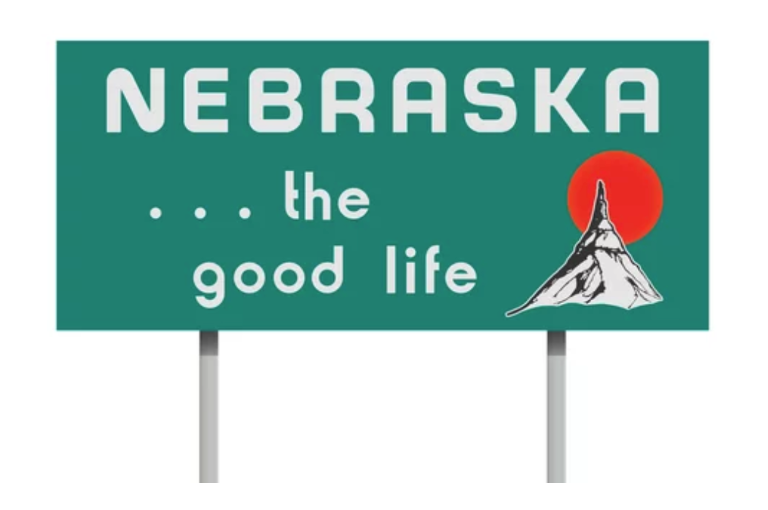 Omaha Jobs Goes Back to the Future

In 2016, Nebraska commissioned a D.C.-based firm to provide a roadmap for the state’s economic development. The report, called “Nebraska’s Next Economy,” consisted of recommendations meant to solve Nebraska’s economic challenges. It identified four interrelated goals to strive for, with a set of policy recommendations for how to achieve them: high-wage jobs, technology-intensive investment, innovation and high-quality communities.

It’s been six years since the report was released. We may find it easy to forget just how much our country has changed since then. At the time, our economy was still recovering from the Great Recession. Donald Trump had yet to take office as president. The only public health crisis on people’s minds was Chipotle’s E.coli outbreak.

Given how much has changed, The Reader decided to revisit the report and take a look at what is being done in Nebraska and the Omaha area to meet these goals.

The Report: “The straightforward implication is that Nebraska’s economic development future cannot be based on growth that generates jobs of any kind, but rather growth that emphasizes high-quality jobs.”

The Solutions: In 2014, voters approved Initiative 425, which increased the statewide minimum wage from $7.25 per hour (where it sits federally) to $8 per hour in 2015 and $9 per hour in 2016. Data supplied by Dr. Chris Decker, an economist at the University of Nebraska at Omaha, shows that the move contributed to a 5.5% increase in real wages for the Omaha metro area in 2015. Wages remained stagnant largely until 2020, when real wage growth shot up to 7.1%. High-wage jobs, specifically the H3 (high wage, high skill, high demand) positions called for in the report, grew slowly. Between 2010 and 2018, the number of H3 jobs making up Nebraska’s total employment increased by 36,306, which is a 1.2% gain.

The Report: “Technology intensive and capital intensive investments may not always have a direct impact on jobs, but they are associated with higher wages, and make an important long-term contribution to overall growth.”

The Solutions: The Nebraska Tech Collaborative was formed with an ambitious goal in 2019: add 300 tech companies and 10,000 tech jobs by 2025. The state has added 147 tech companies, about halfway to its goal, but only created about 1,450 tech jobs, according to a 2022 NTC report. The increase in tech jobs isn’t limited to just startups — Mutual of Omaha, an institution in the local economy and Fortune 500 giant, told the Omaha World-Herald it has added 300 tech jobs since 2019 and has more than 1,300 employees in the tech sector. The NTC report says Omaha’s average tech salaries were slightly above $80,000 in 2021.

The Report: “A turn towards quality also requires a turn towards innovation based economic development, in which Nebraska’s economy fosters start-ups and rapidly growing small- and medium-sized businesses.”

The Solutions: Anecdotally, startup incubators are becoming more common in the private sector. Elevator, a co-warehousing facility for e-commerce startups, raised $600,000 this year to open a space at 14th and Jones. It’s like WeWork, but for businesses that sell physical goods and need storage for packing. There will be a team of onsite mentors to help guide and scale businesses. There’s also NMotion, a startup accelerator that’s pledged to invest $3.7 million into 24 Nebraska startups over the next two years. On the public side, the Nebraska Innovation Campus at the University of Nebraska-Lincoln, which began development in 2013, has established more than 58 public-private partnerships and generated more than $300 million in economic development, according to its 2021 annual report.

The Report: “If you keep or attract the right talent, established businesses and outsiders will invest more, and new businesses will be launched. Both Omaha and Lincoln have high quality of life … but there is always more to do and policies aligned around building community assets are critical for the long-run.”

The Solutions: Building a high-quality community is, arguably, the most polarizing debate in Omaha politics right now. Mayor Jean Stothert’s plans to revitalize downtown Omaha involve tearing down the W. Dale Clark Library, replacing it with a new headquarters for Mutual of Omaha, and developing a streetcar system that will run for three miles along Farnam and Harney streets. With the Clark library going away, plans are underway to build a new flagship branch at 72nd and Dodge. There’s also the newly redeveloped Gene Leahy Mall, which Stothert calls a destination for citizens and visitors alike. Much has been made of studies suggesting economic development will skyrocket with these changes. Only time will tell whether or not that’s true.

Arjav Rawal (he/him) is a reporter and Editorial & Membership Associate for The Reader. You can connect with Arjav via Twitter (@ArjavRawal) or email (arjav@pioneermedia.me).