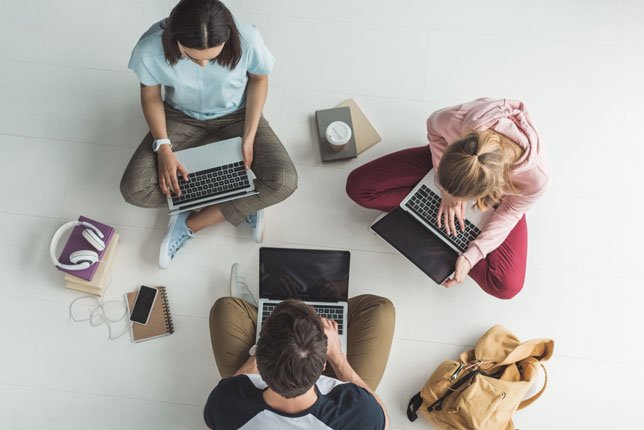 The Nebraska Tech Collaborative, an Aksarben Workforce Initiative, is seeking to dramatically improve the technology environment in the state.  One of the issues that seems to be peripheral – but actually is central to our work is the definition about technology. More to the point, there is a strong difference between a technology company and a technology enabled company. Particularly in light of the changing nature of the national economy and the stock market indices, it is important to understand that Nebraska is not trying to grow the next Facebook, instead it is growing software and technologies within other large, often unsexy industries.

For example, if you compare Lincoln and Omaha, this point becomes more finely tuned. Lincoln has more of a pure software industry compared to Omaha. For example, using the Quarterly Census of Employment and Wages from March 2020, it is apparent that Lincoln has both a larger and more dense software publishing industry (NAICS code 511210). Lincoln’s location quotient (level of job density compared to the United States in general) is 2.06 with more than $31.3 million in quarterly wages at 22 companies that employ 1235 people.[1] A review of this same NAICs code in Omaha reveals a location quotient of .56, wages of $18.1 million at 45 companies, and employment of 902 people.

This is not, however, a review of the number of technology jobs. According to the most recent BLS survey of jobs, Omaha has a location quotient of computer and mathematical jobs of 1.37 (20,960 jobs) and Lincoln has an LQ of 1.08 (6060 jobs).

This is one of the significant challenges in the state. We are not home to a large number of pure technology companies, whether that is defined as computer or broader technology. Instead, we are home to industries and companies that do a wide variety of things that are incredibly important to the U.S. economy – and that have technology embedded in the business. In many instances, building a 21st century workforce for the state is less about creating software publishing experts and more about industrial experts with software publishing skills.

This is an important thing to keep in mind when the state builds public policy or cities think about economic development. The state is not a hotbed of software companies. There are some, but most of our best technology companies – are actually those where the technology is not the defining trait. Instead, the technology is the enabler of scale and systemic spread.

Keeping the eye on the need to build technology skills alongside industrial expertise in agtech, fintech, healthtech, and constructiontech will be the key to ensuring that Nebraska creates disproportionate growth compared to many other similarly situated companies. This is one of the reasons that NTC was created, but it is also one of the reasons that the mission of NTC goes beyond simply helping software companies. Most of NTC’s board and advisors actually live outside of the tech industry and in another industry altogether. For example, Board Chair Mike Cassling’s company, CQuence, is focused on healthcare (and technology).

Thus, as the Dow Jones Industrial Average continues to climb while small businesses and many Nebraska industries are still struggling behind the pandemic and economic slowdown, understand that the NTC is not trying to ride the new wave. Instead, NTC and the State are focused on using technology to create the next one.