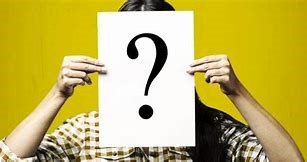 How many can you name?

The Aksarben Foundation and the Nebraska Tech Collaborative helped fund a variety of entrepreneurial ecosystem research over the last couple of years.  This means that there are a variety of statistics that reveal that Nebraska had a brilliant 2021 regarding venture capital deployment – more than $450 million was deployed last year.

2022 has already eclipsed the total amount of venture capital raised – according to Pitchbook.  Since July 1, Nebraska companies have raised more than $350 million putting the state on a path to not just beat 2021, but to crush it.  Much of this is tied to a handful of big raises.

But, many of these raises are not known to the broader population.  Here are some of the companies that have raised money this year:

1)      Monolith.  This company provides hydrogen and carbon black through a process called, methane pyrolysis.  It is the largest commercial scale operation of the type in the U.S.

2)      BasicBlock. This company helps truckers get paid faster using an app that factors receipts to give the trucker payment in minutes.

3)      Pinata. This company provides a data management platform to secure and move data across virtually every blockchain.  It is a favorite for web3 content creators.

4)      Rush (Re)Commerce.  This company has a technical solution for e-commerce returns, and it includes a physical location – Rush Market in West Omaha.

5)      Workshop. This company is an intra-office communication tool meant to help communicate asynchronously across entire companies, departments, or teams.

6)      Opendorse. This company is the leading Name-Image-Likeness contract originator and executor in the country.

There are forty companies on the list that raised money in 2022, so far.  These companies represent new entrants into the Nebraska scene, and yet, many readers of this blog may have never heard of them.  This is one of the fundamental problems facing the community – a lack of storytelling and acknowledgement of companies in our midst.  Most of these companies have experienced founders, have been on the scene for a while, or exist within one of the core industries in the state.  There is no excuse for people to be unaware of there existence. And yet, this is where we are.

There are three reasons.  First, primary news sources such as the Omaha World-Herald and Lincoln Journal Star only write sparingly about new companies.  Thus, they are not a source for these stories.  For example, Pinata does not yet have an Omaha World-Herald story.  Arguably the biggest college sports story of the last two years has been NIL – and yet, the home town Lincoln Journal Star’s last article about Opendorse was from October of last year.  The point is that many of these companies should have regular updates in the newspaper, meaning regular Nebraskans see them.  They don’t.

Second, many will position themselves with terms suggesting the importance of the entrepreneurial ecosystem in their work.  But, they don’t actually know any startups or their theses.  Thus, the story ends up being about general notions – rather than concrete challenges or successes in the ecosystem.  Nebraska is having a banner year – led by Monolith – and yet, few could even vaguely describe what they do.  Workshop was started by multiple successful entrepreneurs – and again, some may be able to identify the founder but not what the company does.  This ultimately resonates as more companies are started by the successful companies alumni – such as Flywheel Alumni Karen Borchart’s Alpaca or Continuum Worldwide’s Jeff Shreiner’s Roger.  The point is that without knowing the stories, we also don’t know the families of great startups and spinouts.  This means we only gloss over true, interesting success stories.

Finally, startups eventually become scaleups which eventually become regular old good companies.  Companies, such as Hudl and BuilderTrend, have graduated startup-dom.  They are full-fledged behemoths of their own industries.  Plus, many companies (Flywheel, D3 Banking, MultiMechanics, CropMetrics, Hayneedle, etc.) have exited, creating hundreds of millions of dollars of investor returns.  And yet, few remember these companies to even reference their successes.

And thus, it is not surprising that companies that do not raise money or have a consumer facing profile are unknown.  We don’t really know the knowable – much less those that are hiding in the shadows.  And the reality is that many of the best technology entrepreneurs and their companies remain in the shadows because they don’t raise outside capital or want to be in the spotlight.

This makes it even more important that we champion those that we can find and know.  So, congratulations to the forty companies that are leading the way this year – in Nebraska.

How many can you name?