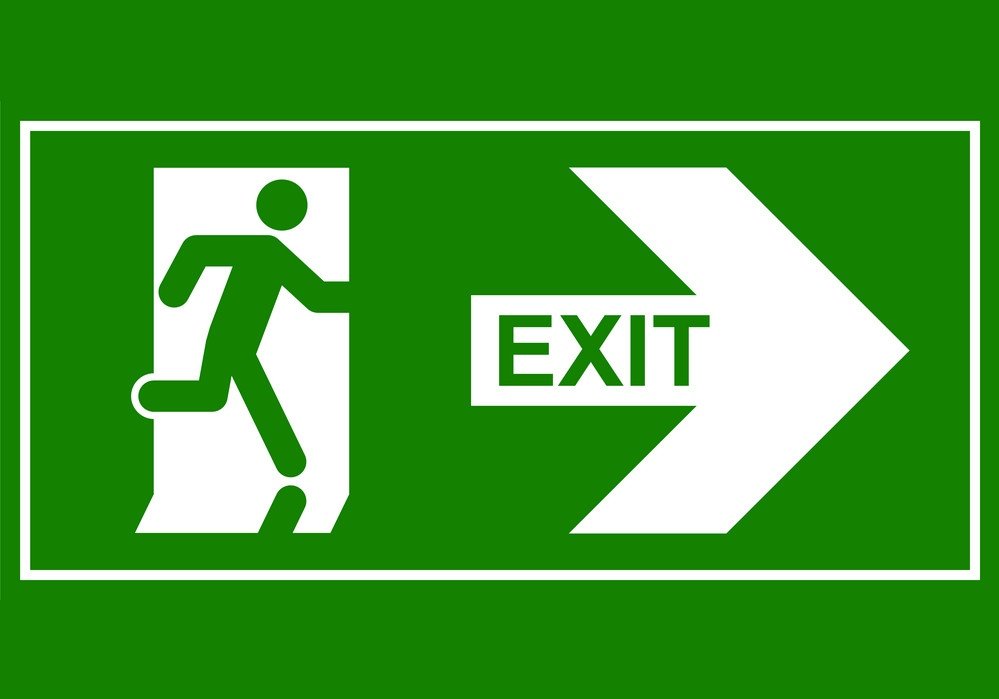 What is an Exit?

Exits are a big deal for many startup founders and investors – and more broadly for an entrepreneurial ecosystem.  An exit is the transaction where the company sells its stock to a larger company, a private equity firm, or does an initial public offering (IPO).  In each of these transactions, the founders and early investors typically monetize their stock positions, and hopefully, they receive a significant return on their initial efforts and investment.

Exits often create multi-millionaires in reality, not just on paper.  So, for example, prior to a liquidation or monetization event (as exits are sometimes referred), many founders only have value in their company associated with a paper valuation or a previous round.  But, in many instances, these founders do not have liquid wealth.  Liquid wealth may be cash in the bank or other investments, but it is accessible money that can be used for other purposes.

One of the really challenging parts of being an entrepreneur is that you often create wealth and value for others – before you are able to monetize your own value creation.  This can be frustrating, and many in the community do not totally understand how a successful entrepreneur may still be relatively cash poor.  This is similar in some ways to having a significant amount of land – but being cash poor – as a farmer.  The point is that despite relative company success and sometimes a nice salary, many founders are not multi-millionaires in the same way that large company managers may be.  This is often surprising to those that do not understand how early ownership pays out…often through an exit.

The last twelve months have been particularly rich regarding exits in the early stage ecosystem of Nebraska.  Significant exits have occurred for, the following companies:

These transactions represent long investments of time and energy by the entrepreneurs and management teams.  And, they often create wealth for people that did not have liquid wealth previously.  This type of newly wealthy situation can be daunting for many entrepreneurs as many community members ask questions that they cannot answer due to non-disclosure agreements (NDAs) – such as, “how much did you exit for” or “how much did you get”.  In many instances, there are actually more hurdles following the exit – including an earn out period where the founder or key personnel must continue to work for the acquiring company for a period of time.  These earn outs are often tied to continued performance, but sometimes they are only time dictated.

Some entrepreneurs who have made their company, their life’s work, struggle emotionally following the exit of a company.  So, it is not uncommon for a founder to have mixed emotions following an exit.  Some common feelings include anxiety for teammates, customers, and friends who will still be engaged with the founder’s company, nervousness about the rest of their life (many exiting founders are often too young to “retire”), and existing social pressure tied to becoming newly wealthy.

However, other founders are ready to leave as they have had other ideas on which they have wished to work.  So, not every founder has the same response to an exit.  A common response is to seek out early stage ventures that need capital.  In fact, many of the name brand venture capital funds have come about following the exit by one of the principals of their startup.  A good example of this is Brad Feld who exited multiple companies in the 1980s and 1990s which laid the foundation for TechStars and Foundry Group through this wealth created out of his startup exits.

This gets to another reason that an exit is not just good for the people involved, but also for the broader ecosystem.  Often, exits represent a new liquidity for investors in the ecosystem.  Smart investors diversify their investments across different industries, types, etc.  And that means, even wealthy investors often have a significant amount of their net worth tied into companies prior to an exit.  So, like the founder, the investor often comes into significant wealth following an exit.  And because they are an investor, this often means that the investor will re-invest in new startups that are in need of capital.  Thus, these liquidity events create opportunities for the broader ecosystem because capital returns to investable – rather than illiquid – locked down in a startup.

In fact, many entrepreneurs do not always appreciate the illiquid nature of many angels and their investments.  An angel may invest millions of dollars in startups – but with pro rata reinvestments and potential capital calls to funds, many investors will become illiquid at some point in their angel career.  This means that they do not have any capital to invest in an early stage company because they have already invested all of the capital that they have allocated to early stage investing.

Lastly, exits are good for a community or region’s brand.  Ultimately startup companies often seek capital from outside the region, and being able to point to positive investment results of founders or companies that are closely tied to certain companies is extremely reassuring to investors.  Thus, having so many recent, quality exits in Nebraska enhances the environment for future investment by companies from outside of the region.  These companies see that it is possible to build a good business that ultimately exits and creates wealth for the investor. In short, exits are extremely important to building an entrepreneurial ecosystem.  They seed future founders, funders, and relationships.  These companies also provide heroes for the next generation to admire and strive to replicate.  This last twelve months has provided an unusually rich trove of exits in Nebraska – and we are excited for those founders and investors.  We are also excited because many are already preparing to start their next company.  #Cheers #StartupToast